There are four types of goods in economics, which are defined based on excludability and rivalrousness in consumption.

There are four categories of goods in economics, which are defined based on two attributes. The first attribute is excludability, or whether people can be prevented from using the good. The second is whether a good is rival in consumption: whether one person’s use of the good reduces another person’s ability to use it.

National defense provides an example of a good that is non-excludable. America’s national defense establishment offers protection to everyone in the country. Items on sale in a store, on the other hand, are excludable. The store owner can prevent a customer from obtaining a good unless the customer pays for it. National defense also provides an example of a good that is non- rivalrous. One person’s protection does not prevent another person from receiving protection. In contrast, shoes are rivalrous. Only one person can wear a pair of shoes at a time.

Combinations of these two attributes create four categories of goods:

Four Types of Goods: There are four categories of goods in economics, based on whether the goods are excludable and/or rivalrous in consumption.

A private good is both excludable and rivalrous.

In economics, a private good is defined as an asset that is both excludable and rivalrous. It is excludable in that it is possible to exercise private property rights over it, preventing those who have not paid from using the good or consuming its benefits. For example, person A may have the means and will to pay $20 for a t-shirt. Person B may not wish to pay $20 or may not be able to do so. Person B would not be able to purchase the t-shirt. Additionally, the private good is rivalrous in that its consumption by one person necessarily prevents consumption by another. When person A purchases and drinks a bottle of water, the same bottle of water is not available for person B to purchase and consume.

In daily life, examples of private goods abound, including food, clothing, and most other goods that can be purchased in a store. Take an example of an ice cream cone. It is both excludable and rivalrous. It is possible to prevent someone from consuming the ice cream by simply refusing to sell it to them. Additionally, it can be consumed only once, so its consumption by one individual would definitely reduce others’ ability to consume it. 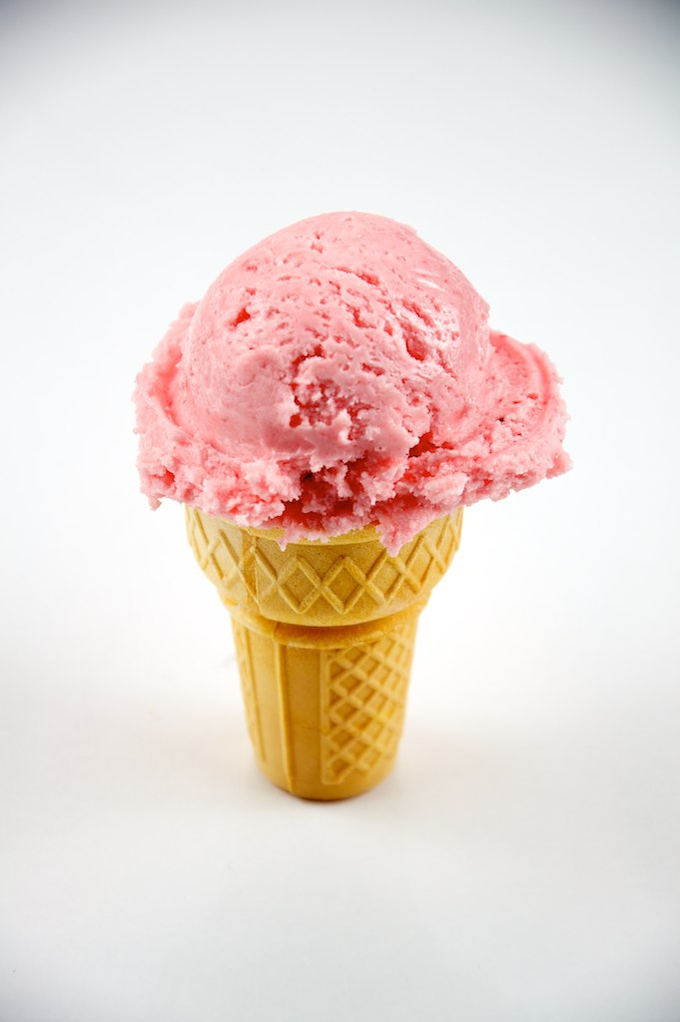 Ice Cream Cone: An ice cream cone is an example of a private good. It is excludable and rival.

Individuals cannot be excluded from using a public good, and one individual’s use of it does not limit its availability to others.

A public good is a good that is both non-excludable and non-rivalrous. This means that individuals cannot be effectively excluded from its use, and use by one individual does not reduce its availability to others. Examples of public goods include fresh air, knowledge, lighthouses, national defense, flood control systems, and street lighting. 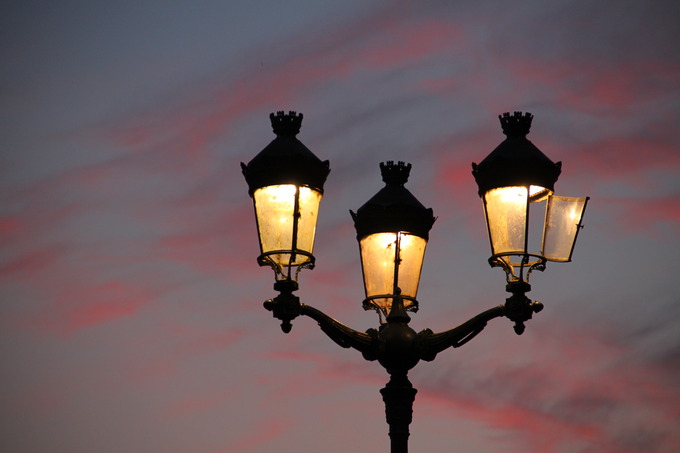 Streetlight: A streetlight is an example of a public good. It is non-excludable and non-rival in consumption

The production of public goods results in positive externalities for which producers don’t receive full payment. Consumers can take advantage of public goods without paying for them. This is called the “free-rider problem. ” If too many consumers decide to “free-ride,” private costs to producers will exceed private benefits, and the incentive to provide the good or service through the market will disappear. The market will thus fail to provide enough of the good or service for which there is a need.

For example, a local public radio station relies on support from listeners to operate. The station holds pledge drives several times a year, asking listeners to make contributions or face possible reduction in programming. Yet only a small percentage of the audience makes contributions. Some audience members may even listen to the station for years without ever making a payment. Those listeners who do not make a contribution are “free-riders. ” If the station relies solely on funds contributed by listeners, it would under-produce programming. It must obtain additional funding from other sources (such as the government) in order to continue to operate.

Optimal Quantity of a Public Good

The government is providing an efficient quantity of a public good when its marginal benefit equals its marginal cost. Optimal Quantity of a Public Good: The optimal quantity of public good occurs where MB = MC.

The aggregate demand curve for a public good is the vertical summation of individual demand curves.

Public goods are non-rivalrous, so everyone can consume each unit of a public good. They also have a fixed market quantity: everyone in society must agree on consuming the same amount of the good. However, each individual’s willingness to pay for the quantity provided may be different. The individual demand curves show the price someone is willing to pay for an extra unit of each possible quantity of the public good. This is in contrast to the aggregate demand curve for a private good, which is the horizontal sum of the individual demand curves at each price. Unlike public goods, society does not have to agree on a given quantity of a private good, and any one person can consume more of the private good than another at a given price.

The government uses cost-benefit analysis to decide whether to provide a public good.

The positive and negative effects captured by cost-benefit analysis may include effects on consumers, effects on non-consumers, externality effects, or other social benefits or costs. The guiding principle is to list all parties affected by a project and add a negative or positive value that they ascribe to the project’s effect on their welfare. Benefits and costs are expressed in monetary terms, and are adjusted for the time value of money, so that all flows of benefits and costs over time are expressed on a common basis in terms of their net present value. Financial costs tend to be most thoroughly represented in cost-benefit analyses due to relatively abundant market data. It is much more difficult to capture non-financial welfare impacts. For example, it is very difficult to place a dollar value on human life, consumers’ time, or environmental impact.

Imagine that the government is considering a project to widen a highway. The benefits side of the analysis might include time savings for passengers who can now avoid traffic, an increase in the number of passenger trips (as more people could now use the road), and lives saved by dint of fewer car accidents. The cost side of the analysis would include the cost of land that must be acquired prior to construction, construction, and maintenance. These costs and benefits will need to be translated into monetary terms for the sake of analysis. The Highway as a Public Good: The benefits of a highway expansion project might include time savings for passengers, additional passenger trips, and saved lives. Costs might include construction and maintenance.

The procedure for conducting cost-benefit analysis is as follows: