In the early 1980s, U.S. imports from foreign firms rose faster than U.S. exports. In 1986 the trade deficit reached a record level at that time. Antitrust laws played a relatively minor role in increasing the deficit, but business interests and politicians pressed for the relaxation of antitrust policy in order to make U.S. firms more competitive against multinational companies headquartered in other countries.

Antitrust enforcement was altered in the late 1980s so that horizontally competitive U.S. firms could cooperate in research and development (R&D) ventures aimed at innovation, cost-cutting technological advances, and new product development. In an antitrust context, joint ventures refer to cooperative arrangements between two or more firms that otherwise would violate antitrust laws. Proponents of the change argued that foreign multinational firms were not subject to stringent antitrust restrictions and therefore had a competitive advantage over U.S. firms. The International Competition Policy Advisory Committee (ICPAC) was formed in the Department of Justice in 1997 in recognition of the dramatic increases in both international commerce and international anticompetitive activity. Composed of a panel of business, industrial relations, academic, economic, and legal experts, ICPAC is to provide advice and information to the department on international antitrust issues such as transnational cartels and international anticompetitive business practices.

Policymakers who revised U.S. antitrust restrictions on joint ventures pointed out that Japanese and European firms are encouraged to cooperate and to collude not only in basic R&D projects, but in production and marketing as well.

The evidence is difficult to interpret, but in Japan, for example, a substantial percentage of research projects are sponsored jointly by firms in the same market. Moreover, the evidence is fairly clear that Japan allows horizontal consolidations and mergers in moderately concentrated markets where antitrust policy would be applied in the United States. Mergers that create substantial monopoly power in Japan are not typically prosecuted by the government.

In Europe, the potential competitive threat to U.S. firms is twofold. First, as the European Union (EU) moved toward economic unification in 1992, it relaxed antitrust enforcement for mergers between firms in different nations, even though they would become a single transnational firm in the near future. In 1984, for example, the European Community (EC), the forerunner of the EU, adopted a regulation that provided blanket exemptions from antitrust provisions against collusion in R&D for firms whose total market share did not exceed 20%. This exemption included horizontal R&D and extended to production and distribution to the point of final sale. Moreover, firms that had a market share greater than 20% could apply for an exemption based on a case-by-case examination.

The U.S. government has relaxed antitrust restrictions in some cases in an effort to make domestic firms more competitive in global competition. For example, producers of semiconductors were allowed to form a research consortium, Sematech, in order to promote the U.S. semiconductor industry. This type of joint venture was formerly prohibited. Sematech has since created the International Sematech Manufacturing Initiative (ISMI), a wholly owned subsidiary dedicated to improve the productivity and cost performance of equipment and manufacturing operations well beyond a narrowly defined semiconductor industry. Its membership includes both domestic and foreign firms, and they collectively represent half of the world’s integrated circuit (semiconductor and microchip) production. In this case, we see the U.S. government is supporting cooperation among multinational and international firms ostensibly for product improvement. One suspects, however, that member firms gain a competitive advantage over non-member firms wherever in the world they are located.

In the 1980s Congress passed several laws that relaxed the antitrust prohibition against cooperation among U.S. firms, including the National Cooperative Research Act of 1984 (NCRA) and the Omnibus Trade and Competitiveness Act (OTCA).

The NCRA provided a simple registration procedure for joint ventures in R&D. The NCRA protects members of registered joint ventures from punitive antitrust penalties if the venture is later found to illegally reduce competition or otherwise act in restraint of trade. Between 1984 and 1990 over 200 research joint ventures were registered, substantially more than were formed over the same period within the EC.

Congress passed the OTCA in 1988. The OTCA made unfair methods of competition by foreign firms and importers punishable under the U.S. antitrust laws. It also changed the wording of existing laws concerning “dumping” (selling below cost) by foreign firms. In the past, a domestic firm that claimed injury from a foreign competitor had to prove that the foreign firm was “undercutting” the U.S. market prices. The OTCA changed this provision to the much less restrictive term “underselling” and specifically stated that the domestic firm did not have to prove predatory intent. This legislation opened the door for U.S. competitors to use antitrust laws to prevent competition from foreigners, quite the opposite of the laws’ original purpose. Dumping is discussed further in a later chapter.

In another policy shift, the Justice Department announced in 1988 that the rule of reason would replace per se illegality in analysis of joint ventures that would increase U.S. competitiveness. The Justice Department uses the domestic guidelines and the Herfindahl–Hirschman Index to determine whether a proposed joint venture would increase concentration and thereby lessen competition. In making that assessment, the Justice Department also looks at (1) whether the firms directly compete in other markets, (2) the possible impact on vertical markets, and (3) whether any offsetting efficiency benefits outweigh the anticompetitiveness of the joint venture. Although mergers between two firms in a moderately or highly concentrated industry are prohibited, joint ventures between them may be allowed.

The major antitrust issues to be resolved in the first decade of the twenty-first century go beyond joint R&D ventures. The World Trade Organization, the international organization created in 1995 to supervise world trade, has established a group to study issues relating to the interaction between trade and competition policy, including anticompetitive practices. Nations currently have quite different antitrust laws, as the Case in Point in this section illustrates. The United States has argued against any internationalization of antitrust issues that would reduce its ability to apply U.S. laws. On the other hand, the United States, via the 1994 International Antitrust Enforcement Assistance Act, is negotiating bilateral agreements that allow antitrust agencies in different countries to exchange information for use in antitrust enforcement. The issue of how to deal with anticompetitive practices on a worldwide basis remains unresolved, and this area of antitrust practice and policy will be closely watched and studied by economists.

Suppose that long-distance companies in the United States form a joint venture to explore alternative technologies in telephone services. Would such an effort suggest any danger of collusion? Would it be likely to be permitted?

Case in Point: The United States and the European Union—Worlds Apart 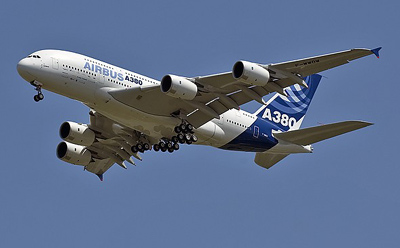 The European Union’s initial reaction to the proposed merger of Boeing and McDonnell Douglas in 1997 was to threaten to impose tariffs on Boeing planes entering the continent if the deal went through. The issue brought the United States and its European partners to the brink of a trade war.

Then President Bill Clinton responded to the EU’s threat saying, “I’m concerned about what appears to be the reasons for the objection to the Boeing-McDonnell Douglas merger by the European Union, and we have some options ourselves when actions are taken in this regard.” The president seemed to be suggesting retaliatory trade sanctions, such as U.S. tariffs on European-made planes.

At the last minute, the EU allowed the merger on two conditions: that Boeing give up its exclusive supply deals and agreed to license to its competitors (meaning Airbus) McDonnell technology that had been developed with U.S. government support.

In the press, the incident was reported as an incipient trade war. Europe was trying to protect its own airline industry; the United States its own. According to New York University economist Eleanor Fox, though, the dispute stemmed not from countries trying to protect their own companies but from differing antitrust laws.

Ms. Fox argues that U.S. antitrust law is consumer oriented. The question for the Federal Trade Commission was whether the merger made consumers worse off by raising the price of jets to airlines. The FTC reasoned that McDonnell Douglas had no reasonable chance of making and selling new fleets on its own and thus did not constitute a competitive force in the marketplace. With McDonnell Douglas deemed competitively insignificant, the merger was permissible.

However, European Union antitrust laws consider not only consumers but also unfair competitive advantages of dominant firms. Because Boeing held 20-year exclusive contracts with three airlines that represent more than 10% of the market for airline manufacture, the merger magnified Boeing’s competitive advantage over other firms (primarily Airbus) that sell aircraft. The conditions that the EU impose thus made the merger subject to its antitrust laws.

The policy difference is fundamental. Americans argue that they seek to protect competition, while the EU protects competitors—even if consumers suffer as a result. The Economist, a British newsmagazine, reports American antitrust policy makers tend to rely on market forces to dampen monopoly power and argue that relying on regulation may tend to diminish innovation and, in the long run, competition. Europeans argue that regulation is necessary in order to ensure that all firms have a reasonable chance to compete.

The difference in the two approaches to antitrust is vividly illustrated in the treatment of Microsoft by the United States and by the European Union. While the United States initially attempted to prosecute Microsoft for violating the Sherman Act by bundling Internet Explorer with its Windows software, it has since permitted it. The European Union has come down very hard on Microsoft, fining it €1.4 billion ($2.2 billion) and ordering the firm to supply firms using Windows the complete documentation of the system. U.S. authorities argue that such restrictions make Microsoft a less innovative company and argue that the computer market is a highly competitive one as it is and that the imposition of a regulatory burden risks stifling the competition that exists.

A joint venture between competing long-distance companies carries the danger that they may end up colluding. It is also possible that only some long-distance firms would be involved to the exclusion of other rival firms, as happened in the joint venture between General Motors and Toyota. On the other hand, the venture might be allowed in the U.S. under the notion that the firms might need to cooperate to face global competition. Another consideration is that technological change in this industry is occurring so rapidly that competitors can emerge from anywhere. Cable companies, internet providers, and cellular-phone companies all compete with regular telephone companies.