https://news.gallup.com/poll/178856/...ans-worry.aspx. For most people in society, people can go about their daily lives without the fear of being a victim of street crime. Street crime is important to take seriously, but it is reassuring to note that it is unlikely to happen to most people. The conversation should happen around why fears are high, especially amongst those less likely to be a victim. For example, elderly citizens have the greatest fear of street crime, yet they are the group least likely to experience it. Whereas younger people, especially young men, are less likely to fear crime and are the most likely to experience it. [3] 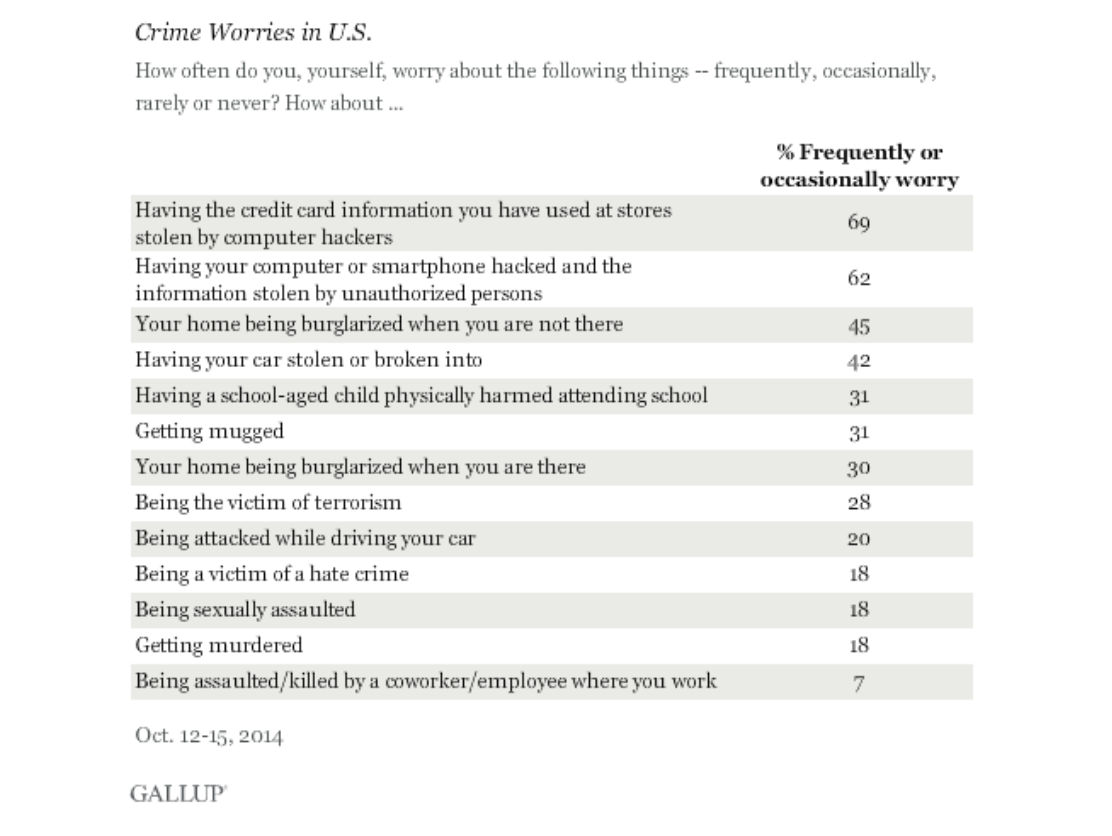 [4] The Uniform Crime Reports (UCR) estimated in 2015 that financial loses from property crime at $14.3 billion in 2014 (FBI, 2015a), but keep that number in mind for a minute. [5] Although it is crucial to recognize that street crime does occur, and it impacts certain groups disproportionately more than others, it is also important to recognize other types of crime less commonly talked discussed. In fact, the BJS does not have a link that directs people to the next two types of crime discussed when on their main page of crime type.

[11] Compare 54,000 Americans who die every year on the job or from occupational diseases such as black lung and asbestosis and the additional tens of thousands of other Americans who fall victim every year to the silent violence of pollution, contaminated foods, hazardous consumer products, and hospital malpractice. [12] A vast majority of these deaths are often the result of criminal recklessness. Americans are rarely made aware of them, and they rarely make their way through the criminal justice system.